Malignant gynecologic tumors (like most tumors) are classified by convention into one of 4 stages of spread or expansion (early stages: I and II; advanced stages: III and IV). Once a malignant tumor is diagnosed, the first concern for the surgeon and the patient is to determine the stage of the condition.

At the initial clinical and laboratory investigation, a temporary clinical stage is assigned. This is based on clinical findings as well as laboratory and imaging findings, such as cancer indices, peritoneal fluid cytology examination, ultrasound or CT (computed tomography), MRI (magnetic resonance imaging), PET-CT, etc.

Any confirmation or change of the initial clinical stage assigned is made via surgical staging and is the basis of practicing gynecologic oncology.

In specific, surgical staging of gynecologic malignancies includes by default: 1) total or radical hysterectomy – depending on the malignancy type – and removal of the fallopian tubes and ovaries (excluding some stage I cases where staging can be performed with fertility preservation) and 2) removal of the organs usually affected by metastases of such tumors.

These organs are usually the following:

1. The pelvic lymph nodes and para-aortic lymph nodes (on either side of and over the abdominal aorta). Their removal is called lymph node dissection or lymphadenectomy;

2. The omentum or epiploon. This is an organ in the abdomen that looks like a fatty apron covering the colon and small intestine. Tiny implants of cancer cells are often found in the omentum. Omentum removal is called omentectomy and is performed in addition to lymph node dissection, mainly in case of ovarian cancer;

3. Obtaining multiple biopsies from several abdominal sites (peritoneal biopsies).
Apart from its obvious role in treating cancer by surgical removal, surgical staging plays a crucial role in the decision whether to have further complementary radiotherapy and/or chemotherapy, since the latter also depends to a great extent (and not only) on the final stage of the condition, as determined after comprehensive surgical staging.

Info: In 2009, Dr. Georgios Hilaris and his team performed the first ever robot-assisted surgical staging in Greece for endometrial cancer in a 39- year-old patient (06/10/2009. Robotic surgery in the service of gynecologic cancer Pdf Ygeia).

OTHER POSTS IN THE CATEGORY

It is one of the heaviest procedures as it removes as much tumors as possible from the abdominal organs and the inner abdominal walls.

Laparoscopic surgery has gained popularity over the last decades as an alternative method for performing a multitude of procedures. 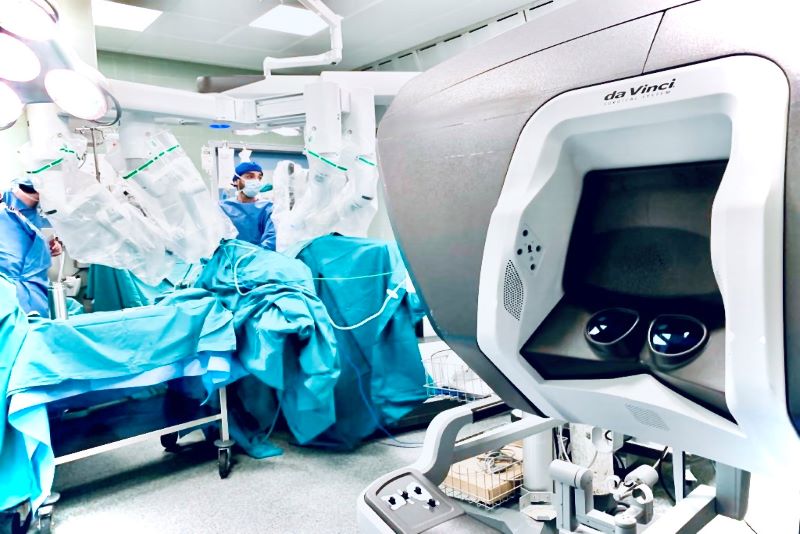 We have been using the DaVinci® robotic system since 2002 at Stanford University Hospital, California, long before the it became known in Europe.

Other Sections
About Us 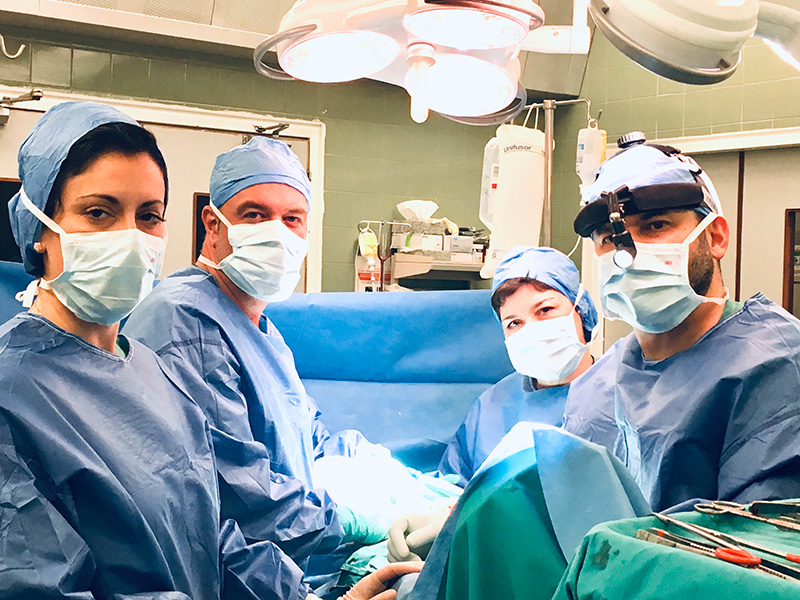 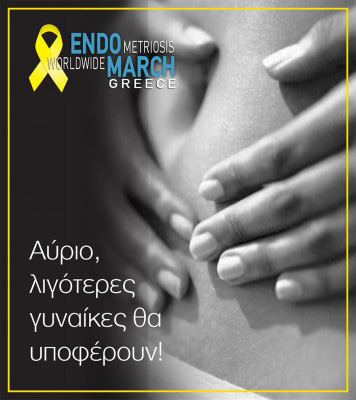